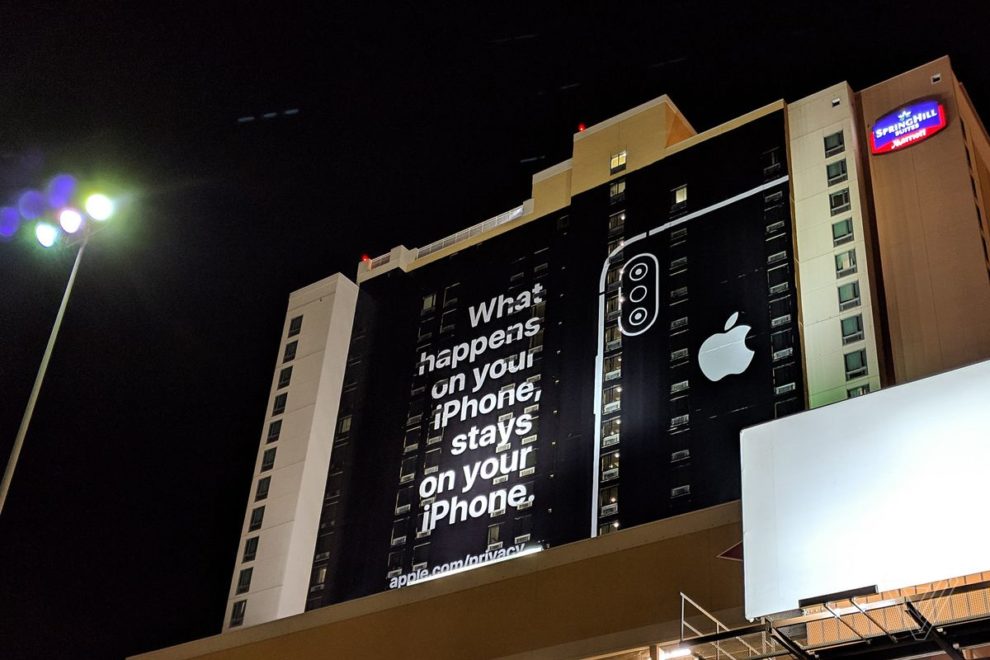 The largest consumer technology trade show in the world, CES, begins tomorrow in the city of Las Vegas, Nevada (USA). Although Apple will not participate in it, was noted through a billboard that says: “what happens on your iPhone is on your iPhone.”

The message, which was placed very close to the Las Vegas Convention Center, headquarters of the CES, seeks to highlight the security and privacy capabilities of Apple smartphones through a URL that leads to the company’s privacy section. In it you can find details about Apple’s operating systems and how they protect the data of their users.

The CES (Consumer Electronics Show) has strongly announced the presence of products from companies such as Amazon and Google, particularly those that are focused on artificial intelligence or home devices. Apple advertising seems to wink at its competitors by defending privacy over the use of data.

The electronics fair will present more than 4,500 exhibiting companies, including manufacturers, developers and hardware suppliers from around the world. He will also have more than 250 conference hours and more than 180,000 attendees from 150 countries will attend.

Completely autonomous, the machine mixes the ingredients, kneads and cooks about a dozen loaves per hour, according to its manufacturer, Wilkinson Baking Company, which showed the device in the previous opening of the CES.

“Consumers want the freshest bread possible, but when they go to the supermarket, they do not know when it’s cooked,” says Wilkinson, who says his machine offers bread fresher than most supermarkets in the United States.

Among the featured developments there are also state-of-the-art televisions, robots with “emotions”, voice-activated devices, folding televisions and a quadruped robot that makes deliveries.