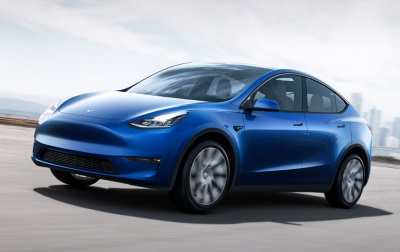 Despite what has been a rather turbulent past few years for Elon Musk’s Tesla, the company’s line-up of electric cars welcomed the introduction of the brand new Model Y, earmarked to be one for the masses. The Model Y, in that case, follows on from the Model 3, which is slightly bigger than and naturally a bit more expensive too. The Model 3 remains the cheapest car available in the somewhat embattled manufacturer’s range.

Musk unveiled the Model Y in Hawthorne, Southern California, where the company’s design studio is based and the online ordering process was officially opened up. The CEO gave a glimpse of the car’s developmental trajectory, setting aside a two-year period which would be followed by the availability of a $39,000 (£29,488) standard-range model in 2021. The first release is that of their long-range version, which comes at a price of £35,536.

For some involved this unveiling of a brand new model to be added to the line-up perhaps signifies some hope for the future of the company, but it’s not quite business as usual as 3,000 jobs at Tesla have been cut, following the firm’s January announcement to downsize staff. The controversy-filled previous year has been described to be the firm’s most challenging by Musk, who conceded to the cars still being too pricey for the mass-market he was aiming to cater to. Production issues had to be navigated over the past few years, with a 2018 tweet suggesting that Tesla would be privatised leading to the Securities and Exchange Commission suing Musk, while another tweet led to him having to face a defamation claim.

Having to cut 3,000 jobs probably does nothing to help Tesla’s proclamation that it seeks to make more in-roads into the mass-market, even in the wake of changed plans to shut down a significant number of its stores. Model 3 is set to be unaffected by the alternative plans to raise its car prices instead.

It is indeed business as usual for those who have survived the substantial job cuts, with the more expensive first release of the Model Y to feature a range of 482km, while the standard model to come later will boast a range of 370km per charge. The release of the Model Y signifies the possibility of a turning point for Tesla, but it shall remain to be seen if that is indeed the case as we wait to see how the sales of the Model 3 continue in the wake of production issues, alongside sales of the newly added Model Y.