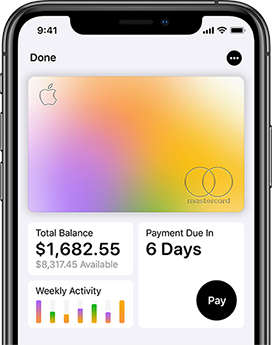 Who can forget the first iMac reveal? Or the first iPod? Or the first blueberry eMac? What about each iteration of Apple OS? What about the way iTunes saved jaded music fans after the Napster debacle? Apple has been a titan in hardware and software. Times are changing. Apple doesn’t do computers any more. They are focussed on their media empire. To be fair, Apple created very high standards for themselves. Steve Jobs’ shoes are very big shoes to fill…

Let’s look at the reveals from the Apple event on March 25th.

Apple hired big names to promote their new digital TV service. Steven Spielberg, Oprah Winfrey, Jennifer Aniston, JJ Abrams, Jason Momoa and Reese Witherspoon waxed lyrical about the potential. But is another digital TV subscription service what consumers really want? Most people only want one. Having to choose between Game of Thrones or Black Mirror is already an excruciating choice. Now you’ll need to pay up again to see Amazing Stories.

Cable failed because consumers didn’t want hundreds of channels. Digital TV is falling into the same trap. It’s like 1999 all over again. Bonus: you don’t have to watch ads, because big data is where the money is.

We already have Steam, GoG and Itch.io and even that’s too much. Yes, the monthly subscription for consumers is great. But the royalty for creators – not so much. For all its consumer advantages, services like iTunes have been detrimental to creators. Artists get less than a penny each time one of their songs is played. Similarly, authors who published their books on Kindles became chagrined when Amazon decided to make payouts based on a number of pages read, not book sales.

News aggregators capitalise on the concept of the attention economy. Those who consume the news do so by scanning headlines. The news that gets consumed is the one with the attractive headline. Apple is providing a flat fee subscription for this new service that will give you access to hundreds of newspapers and magazines, such as The Wall Street Journal. This is useful to those who do not want to pay a subscription to many different newspapers and basically gives the shareholders of those media companies access to Apple’s customer base.

Apple fans will need something to pay for these new services, so the Apple Card makes sense. Apple can recoup some of the profits that would have originally gone to credit card providers. However, even Goldman Sachs, the financial partner who teamed up with Apple and MasterCard to bring the Apple Credit Card to their Apple Pay service isn’t impressed with the potential. Goldman Sachs analysts are reporting that customers will likely judge the rewards from the credit card to be okay, but not amazing.

In short, the Apple event seems to have focussed on expanding Apple’s portfolio of paid media services. No major announcements regarding hardware or software, arguably why people are interested in Apple in the first place. Will the next Apple event actually have something truly innovative for Apple fans? Apple has apparently decided it wants to be a media service provider that also sells devices you can consume their media on. If this is Tim “Apple” Cook’s vision, don’t hold your breath for the next revolution in computing to come from Cupertino.

3,000 Jobs at Tesla Have Been Cut.
Apple Card Does Not Have a Card Number or CVV
Comment