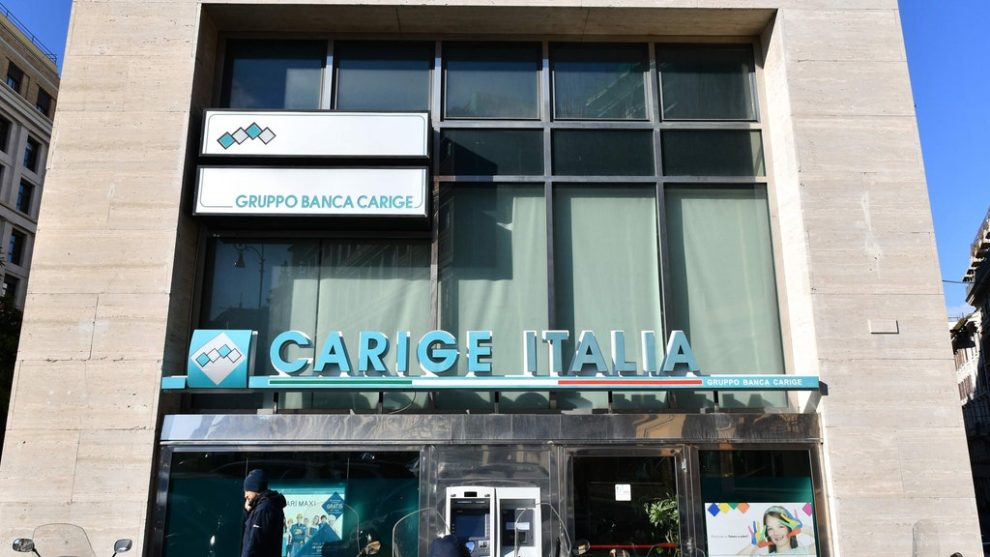 The year begins with the intervention of a bank and this time in Italy. European Central Bank (ECB) intervened Banca Carige, the tenth bank in the country facing its problems to raise capital.

The supervisor chaired by the Italian Mario Draghi appointed three temporary administrators and a monitoring committee of three other members before the resignation of the top management. The objective of this intervention is to stabilize the old savings bank, founded in 1483, after the capital increase failed. The bank has 4,300 employees and 23,400 million assets.

The three new extraordinary administrators Fabio Innocenzi, Pietro Modiano and Raffaele Lener – have the difficult task of reassuring clients and the market, so that contagion does not reach other banks.

Meanwhile, they will try to recapitalize the entity, which lost 189 million euros until last September and presents a negative return of 9.4%. The way is to seek new partners with which to strengthen the assets of the Italian entity through the reduction of doubtful loans, which reached 4,815 million, 27.5% of the total. The mission is not easy because Carige already increased capital by 500 million at the end of 2017, following the warnings from the ECB.

Banca Carige has guaranteed in a note its current activity and has ruled out any impact on its customers or employees. It has 503 offices and more than 16,000 million in deposits.

The BCEl indicated in a press release the need to stabilize the Italian entity’s management and to seek solutions. The resignation of the dome was the trigger for his intervention. “The decision to impose a temporary administration is a measure of early intervention aimed at ensuring continuity and pursuing the objectives of a strategic plan,” he said.

The resignation of most of the board of Banca Carige came after the controversial shareholders meeting on December 22, which rejected a capital increase of 400 million. The Malacalza family, the majority shareholder with 27.5% of the capital, blocked this initiative and also the issuance of subordinated bonds of between 320 and 400 million.

With these two measures blocked, Genoese banking is complicated, dragging an endemic weakness since 2012. The veto of the family shareholders has led to nerves among customers, which the ECB hopes to mitigate with its intervention, to avoid contagion to the financial system Italian.

Temporary administrators should closely monitor the Banca Carige situation and inform the ECB continuously and, if necessary, they can also take measures to ensure that the bank restores compliance with capital requirements in a sustainable manner.

In addition, a Vigilance Committee has been set up within the entity, made up of three members: Gian Luca Brancadoro, Andrea Guaccero and Alessandro Zanotti.