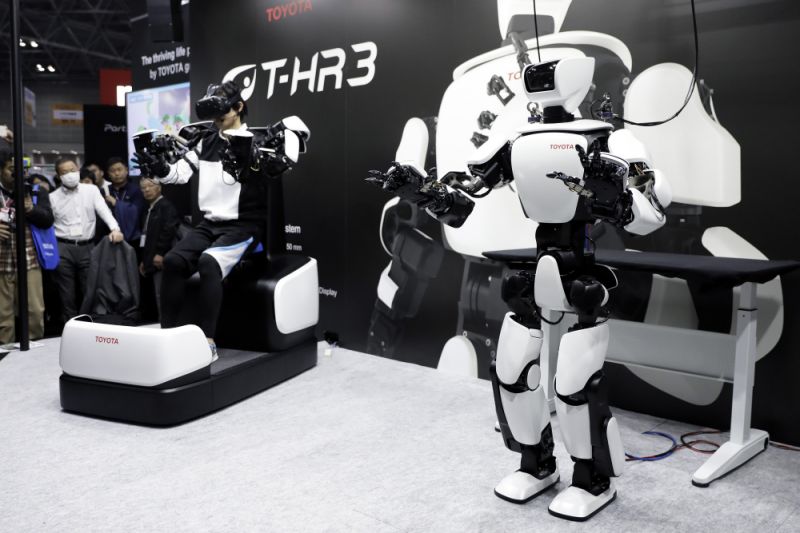 In a society in which a quarter of the population is over 65 and millions of older adults live alone, Toyota sees a not too distant future in which robots leave the factory and become a regular presence in the homes, where they help with domestic chores and even offer the company.

The machines have become much smarter in the last 10 years. However, any attempt to create one that can do simple things such as loading a washing machine or transporting food encounters the same physical problem: the stronger a robot is, the heavier and more dangerous it becomes. Toyota destines to this project US $ 29,000 million of cash reserves, a new center of artificial intelligence and the work of Gill Pratt, who directs the project.

“It’s a company that has so many resources that you can never be ignored,” said Morten Paulsen , an analyst in Tokyo at CLSA Japan Securities Co., which has been covering the robotic industry for decades.

Toyota has experimented with robots since at least 2004, when it introduced a humanoid with moving fingers, lungs and artificial lips that played the trumpet and could accompany a human orchestra.

Since then, research has become more practical. The latest Toyota droid, the T-HR3, is a kind of avatar that can be manipulated remotely by means of glasses that allow users to see through the eyes of the machine’s camera. The device could someday serve the invalid’s arms and legs or as a replacement for rescuers in disaster areas.

In 2015, the automotive company spent $ 1 billion to open its Toyota Research Institute in Silicon Valley, which focuses on artificial intelligence. Last year he created a US $ 100 million fund to invest in startups and new robotic technology. This year the company restructured its Partner Robot division to accelerate decision making and reduce development times.

“Suddenly the internal pressure grows to move faster,” said manager Keisuke Suga at a recent industry forum near the Toyota City headquarters of the automaker.

Toyota’s Human Support Robot ( HSR ) is the machine that the company sees closest to making the leap from the laboratory to the living room. It is the robotic equivalent of a Corolla: all function, without superfluous things. The HSR is a retractable arm mounted on wheels with a video screen on top and two large camera eyes that give the rudiments of a face.

It weighs the same as six bowling balls, but it can lift a load of only 1.2 kilograms, the approximate weight of a medium water bottle. However, equipped with the right software, the machine can do some interesting things, such as learning the location of books, pens and other objects on a shelf and ordering a chaotic room.

Toyota did not say when its home assistants would be available to consumers. But consultant Masanori Sugiyama, a former robot program manager, says the HSR could be ready to operate in hospitals and nursing homes for two or three years and fulfill simple tasks such as ordering or distributing meals. The wait will be longer in the case of machines that have higher skills.

“They have to be able to understand what people think and have empathy,” Sugiyama said. “The idea is that the robot is a friend”.