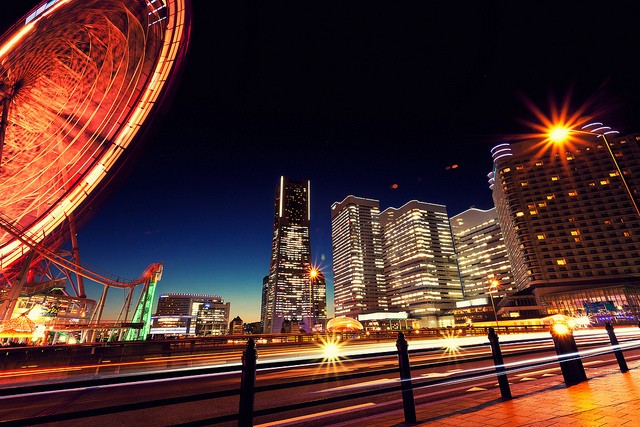 Moving through the streets of a city can be quite an adventure. The asphalt jungle surprises us every day with various barriers that hinder the movement: traffic jams, pedestrian traffic, works on sidewalks, terraces in public squares, badly parked cars. The list is long and the complications increase if you suffer from any motor disability.

Faced with this dilemma, the Hungarian company Route4u has launched a mobile browser, in the style of Google Maps, which indicates the most convenient route to move from one point to another with the least possible barriers, for those who use Wheelchair.

The idea of Route4U was born in 2014 in Budapest (Hungary) where there is a strong commitment to new technologies to improve the quality of life of all its citizens. “We seek to provide freedom of movement and give information on the obstacles that have the sidewalks of a city,” said Tibor Dobai, representative of the company, during a conference offered in Madrid last week. The emergence and reception of this type of tool in the nations of central Europe is not spontaneous.

The countries that make up the Visegrad group (made up of Hungary, Poland, Slovakia and the Czech Republic and also known as V4) have joined forces in the development of digital instruments that contribute to the creation of smart cities, a global trend whose mission is take advantage of the use of technology to improve urban services and the environment, in order to offer a better quality of life to its inhabitants.

The human being has moved to the metropolis: more than half of the world’s population (54.5%) live in localities with more than 300,000 inhabitants, compared to 34% in 1960. The growth of urban centers is not it has not stopped, only accelerated since the end of the last millennium, according to the United Nations, and the trend is expected to continue. By 2050, according to the OECD, the percentage of citizens who will live in large cities will reach 70% of the world’s population. The countries of Visegrad will not be spared from the effects of this population movement.

The V4 group originated in 1991 during a summit of Heads of State of the Governments of Czechoslovakia, Hungary and Poland, in the city of Visegrad. The objective of this alliance is the cooperation between nations. Subsequently, with the division of Czechoslovakia (which gave rise to the Czech Republic and Slovakia) in 1993, the group came to have four members.

The population of the V4 countries amounts to more than 63 million people. Almost two-thirds of the inhabitants of the region are Poles. The Visegrad group represents approximately one-tenth of the wealth of the EU. Poland is the main power of the group, whose value exceeds twice the total GDP of the other countries.

The dynamics of growth in V4 is relatively low, and the region, although growing faster than the rest of the EU, is not achieving outstanding results. In recent years, while the average growth of GDP in the EU was 2.4%, the V4 advanced together at a rate of 4.3%. However, in 2016, workers’ compensation (salaries and other benefits) ranged 50% in Hungary below the area and 59% below in the Czech Republic.

Already in Hungary and the Czech Republic, 70% of the population lives in cities with more than 100,000 inhabitants. In Poland, the quota reaches 60.2% and in Slovakia, it reaches 54.4%, according to the official information of this group of nations. This agglomeration of people demands greater efficiency of services and this is where the concept of smart city gains relevance. The adoption of new technologies seeks to solve public problems and this “is the great challenge”, explained István Lepsényi, Secretary of State and responsible for the development and regulation of the economy of Hungary, representing the V4, in the same conference organized in conjunction with the CEOE.

The solutions adopted by this region of Europe are diverse. They range from the implementation of tools that contribute to mobility to those that improve the environment and communication with citizens. For example, in Budapest, Hungary, an information platform has been developed, which works in real time, on traffic in the city. The technology, based on GPS tracking, analyzes the congestions in the city and allows the operation of traffic lights to be altered during the hours of maximum congestion to give priority to public transport.

In Warsaw, capital of Poland, there are buildings that have photovoltaic cell systems that provide energy and thus reduce the energy footprint of the real estate sector. Some buildings, moreover, are equipped with technological solutions that regulate the electric lighting in the rooms depending on natural light that enters from the outside. Poland will have to take giant steps on environmental issues, after in February of this year the Court of Justice of the European Union condemned this country for not complying with the community regulations on air quality.

Slovakia, the only V4 group nation that belongs to the eurozone, has not been left behind in this revolution. Last year, about thirty smart sensors were installed in waste bins in Bratislava (the capital of the country) to monitor, in real time, the amount of waste discharged. With this solution, the routes of the refuse collection trucks were revitalized and the collection of recyclable materials increased.

Despite these advances, there is still a long way to go. According to the latest list of the smartest cities in the world, published by the IESE Business School, Prague is the best positioned among the group of four economies of Visegrad. The capital of the Czech Republic, located on the 45th site of the global classification (composed of 100 metropolises), stands out for the progress made in social cohesion, the environment and urban planning. Behind are Budapest (68), Warsaw (74) and Bratislava (83).

“The cities of Central and Eastern Europe, despite being present in international classifications, are lagging behind other cities on the continent,” says an article published in the Journal of International Studies, a European magazine devoted to economic and social analysis. social of the area. According to the IESE study, the smart city par excellence in the entire planet is New York. In Europe, the baton is carried by London, followed by Paris and Amsterdam.

Despite this, the future for the cities of Visegrad seems hopeful. “Today the region is an area with political and economic stability … a very attractive environment for investors”, added David Elek Horváth, business manager of the Embassy of Hungary.