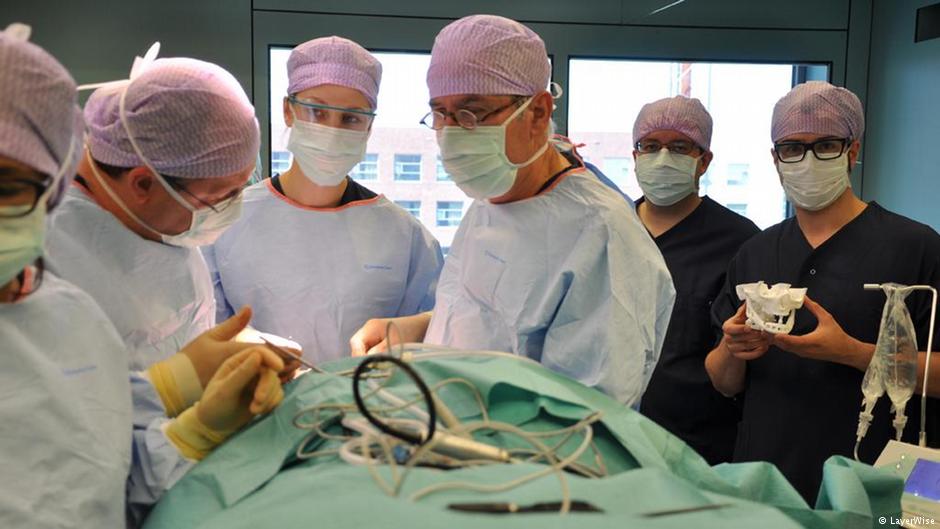 A team of surgeons in China succeeded in successfully implanting a jaw made with a 3D printer to a 10-year-old child. The intervention, which has been made public this week through the state media in the country, is the first of its kind to be carried out on a minor around the world, confirming the endless applications of a technology that allows reconstruction bones with a precision impossible to achieve with traditional methods.

The intervention occurred last January but has not come to light until three months later, once it has been confirmed that the patient is able to talk and eat normally. This is Feng Xiaoxiao, a 10-year-old boy who suffered a fracture in the lower right side of his jaw after undergoing surgery to remove a tumor. As happens in many of these cases, the lump was removed but the lower jaw was damaged, which resulted in a very visible facial deformation, pain and even difficulties to eat and communicate.

“At only ten years of age, if the dislocated jaw was not repaired, there were many chances that the patient would suffer psychological consequences for the rest of his life,” Lai Qingguo, the surgeon in charge of the case, told the local newspaper Science and Technology Daily.

The problem was that traditional mandibular reconstruction methods, based on the use of revascularized bone grafts, did not work for little Feng. The doctors ruled out using part of their fibula or hip (from where the grafts are normally removed) for having those bones still too thin and thus avoid future problems when they grow up.

Dr. Lai, who had closely followed the development of prostheses made with 3D printers in London, requested authorization to design by computer and with his team at the number two Hospital of Shandong University, located in the Chinese city of Jinan, a Titanium jaw for the patient.

The doctors took into account to create not only the current measures of Feng, but also those of his entire skeleton because the child continues to grow. “The jaw we printed completely matched his bones. It’s like when you buy shoes, which fit precisely on your feet, but in this case almost hermetically. It was a customized jaw, made to measure “, illustrated the surgeon. This technology, they say from the team, has been used to transplant jaws to adults, but it had never been applied to children.

The operation, which lasted about three hours, was successful and the implant fitted well to the adjacent bones and joints. Three months later, doctors have not detected side effects or complications. Nor is there an asymmetry in Feng Xiaoxiao’s face that allows him to deduce that he has undergone a transplant. “For him, it’s as if they had placed some dental implants,” said Lai. “3D printing technology will be key to the future of personalized medicine,” he added.