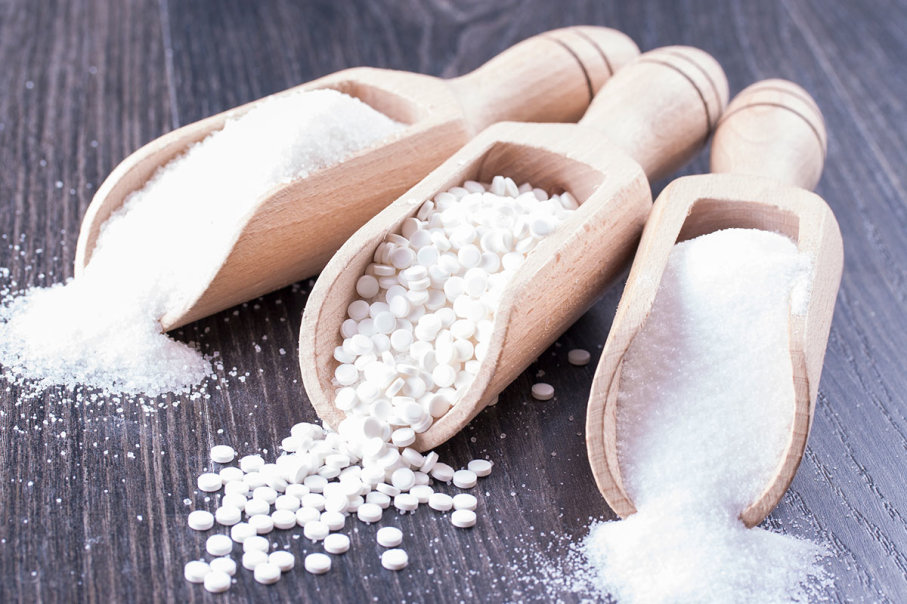 Sugar substitutes, such as stevia, are advertised as a “natural” or “healthy” alternative. However, there is no research that is sufficiently conclusive and extensive about the potential consequences on health; not yet fully discovered. And, by extension, there are no official guidelines on how to use them, how much is the maximum recommended to be considered “healthy” and other warnings that sugar already has.

So, sugar-free sweeteners that contain little or no calories should be recommended as a strategy to reduce the consumption of sugars added to food by manufacturers, chefs or consumers?

To answer this question, Cochrane an international health institute – published a study this week in the medical journal BMJ that concludes that there is insufficient evidence to say that sugar substitutes, such as stevia, have health benefits, as well as there is no solid evidence to say that they are harmless.

The study, the authors write, wants to contribute to the guidelines on the recommended use of sweeteners that the World Health Organization is about to publish says this agency, “its use is widespread and continues to be promoted to a large extent as healthy alternatives to sugars. ”

Most of the sweeteners that are used today as sugar substitutes are synthetic. Sugar-free sweeteners (NSS) differ from sugars like sucrose not only because they contain fewer calories than sugar, or because of their taste (which is generally sweeter) but because of the way the body metabolizes them and how they affect physiological processes.

The sweetener most used today is stevia. The Global Stevia Institute (an information portal sponsored by the PureCircle company, the world’s largest stevia producer) explains the reasons for the widespread use of this sweetener, which is used by 5,000 million people in the world, according to your calculations.

The European Union authorized the sale and consumption of stevia in 2011, and consumption tripled between that year and 2016, according to the research firm Euromonitor International.

On the one hand, the stevia that is consumed processed and sold as a replacement for sugar comes from a plant that originally the Guarani Indians of Paraguay and Brazil used to sweeten: Stevia rebaudiana. Stevia leaf extracts are an intense sweetener, so the effects on blood glucose and the zero carbohydrates it provides become an alternative to sugar for the 360 million overweight people in Latin America alone (58% of the population) and the 140 million people with obesity. (What has Latin America done against sugary drinks?)

Cochrane’s research found 13,303 records of studies on the subject and chose to review 56. The research was based on six questions asked by WHO about the effects of sweetener consumption on the health of children and adults. They included studies that looked at healthy, overweight and obese people, whether or not they were trying to lose weight. Excluded tests in animals and studies with women in pregnancy.

According to the researchers, the evidence presented in the studies reviewed “was not very solid”, because most of the studies had very small samples and lasted between four weeks and six weeks, an insufficient period of time to reach firm conclusions.

It should be noted that none of the studies they reviewed found evidence of greater health risks. In people who use alternative sweeteners to sugar they had not increased the risk of cancer and, despite the conclusion of the study, it seems that sugar substitutes are much less harmful than sugar.

The Cochrane researchers note that two studies did show the benefits of sugar substitutes when comparing the weight gain of children and adolescents who consumed sweeteners versus those who consumed sugar.

“I would say that there is no convincing evidence of clear benefits for health in the general population. There may be a small benefit in weight, but we do not have high-quality data with a long-term follow-up that definitely confirms this effect, “Joerg J. Meerpohl, co-director of Cochrane Germany and one of the authors of the study, told The Guardian.

The results of the study are accompanied by an editorial by nutritionist Vasanti Malik, from the School of Public Health of Harvard University, in the journal BMJ , who points out that it is important to do better and long-term studies on the effect of NSS to be able to formulate public policies to reduce sugar, such as taxes and labeling, or even to reformulate the product. (Tax on sugary drinks would reduce obesity between 6 and 12% in Colombia)

However, he does not rule out that “the use of sweeteners is a strategy that helps reduce the cardiometabolic risk in heavy consumers of sugar and sweets, taking into account that the ultimate goal is for people to consume water and other healthy beverages”.

Limiting Alcohol, Tobacco and Processed Meat Could Reduce the Risk of Cancer
Zero Percent Reduction in Global Warming from Year 1998 to 2018
Comment