The price of Bitcoin fluctuates in value every day by 20% to 50%. Since the beginning of the year, the price of Bitcoin has been soaring below the $4,200 price mark. The presence of bigger green candlesticks which represent massive increases in prices has been scarce on the chart since 2017. But this week, Bitcoin’s price shot to $5,000. This price has been the highest ever recorded since December 2017. This spike took the price of Bitcoin to a new high within an hour.

The price of Bitcoin has been increasing gradually since early February. But before then, Bitcoin recorded six months of consecutive red candles. But in 2019, the bulls have had a good run in the last two months with green bars. However, the surge past the resistance level of $4,200 that happened within one hour has eclipsed the progress that had accumulated over the last two months.
The gradual uptrend of Bitcoin’s price started on February 7th when the price came close to the 200-week moving average support line. The price action on this region caused a huge bounce that was expected by many traders. But the upward trend that was being anticipated by traders was not expected to carry on for two months. The price of Bitcoin has since then shot to $5,000, a price that is a first in 2019.

Historically, there has been more green candles in April across the price charts of cryptos than in any other month. Last April, the price of Bitcoin fell from $6,700 to $8,000 in one move. A strong bear market supported that downward move. But the current upward rally comes when the bear market is weak, and sellers are losing momentum. If the price of Bitcoin continues to climb, traders will believe that there is an upcoming bull trend.

After the sudden rise of Bitcoin’s price, other virtual currencies like XRP and Ether also saw sudden price jumps by approximately 7 percent. 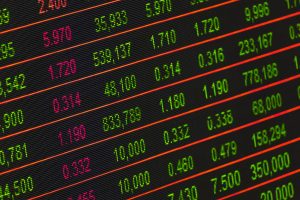